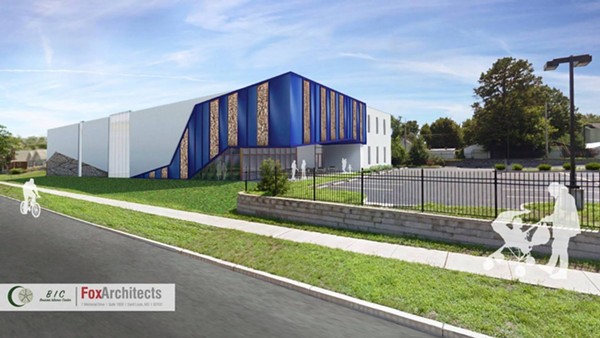 The Bosnian Islamic Center has already laid the foundations for a new center for young people.

Throughout the month of Ramadan, leaders of the Bosnian Islamic Center raised funds for a youth center. The donation campaign began in 2021, and although progress has been delayed by the pandemic, a concrete foundation has been poured and wall construction is underway.

“The price of equipment has gone up, as you know,” said Denis Nasufovic, who sits on the youth center’s board. The donations, however, have been generous, says Nasufovic, “Bosnians are proud to build buildings for their heritage.” the GoFundMe is mostly used by young people; the majority visit the Bosnian Islamic Center on Lemay Ferry Road to make a physical donation. The mosque and adjoining parking lot are used for large community events like the celebration of Laylat al-Qadr or Eid al Fitr, important nights during Ramadan, and the youth center will be added to the southeast, l outside the car park. 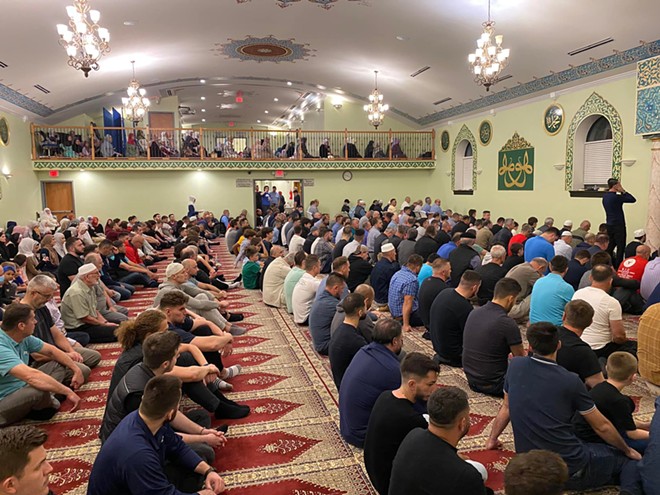 The Bosnian Islamic Center is also a mosque.

Just as Catholic churches have names like Church of Mary or Church of Christ the King, the proposed name of the youth center has significant meaning.

“Everyone at home had their avliya,” Nasufovic said. “It evokes so many memories of our homeland.” Avliya means courtyard or house yard. “With trees and grass, the courtyards would have vines for shade, and below there would be a wooden table for socializing.” At the avliya, neighbors stop and have a cup of Turkish coffee, elders bask in the shade and children play. “It brings back that tradition.” 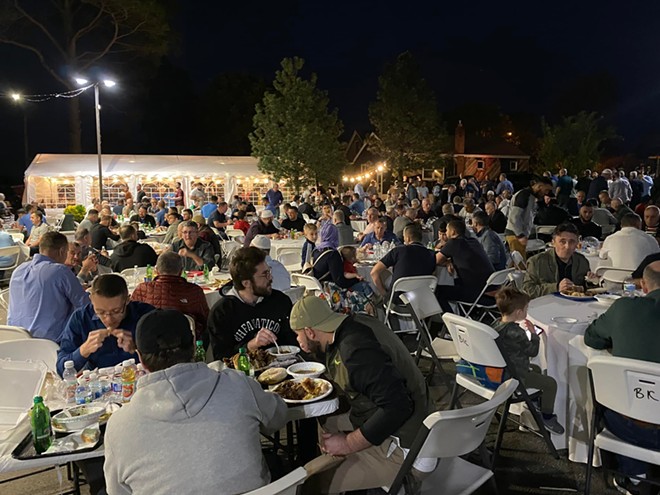 Laylat al-Qadr is a holiday during Ramadan. Many Muslims from the Bosnian community gathered at the Bosnian Islamic Center for a service and then to break the fast together after sunset.

The project aims to be a center for all Bosnian Muslims in the region and for the community at large. Avliya will include a mini-restaurant and a place where retirees can come for a coffee. The gymnasium will be used for sports activities and weddings. “In addition to football,” Nasufovic said, “there will be basketball, volleyball, all kinds [of sport].” 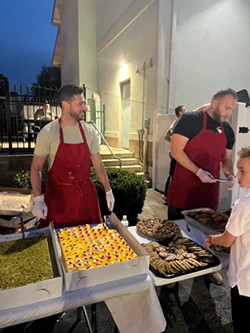 The party after sunset during Laylat al-Qadr at the Bosnian Islamic Center.

The building will also include a library-memorial hall that will serve as a space for educational tours. Nasufovic says it could serve as a resource for nearby Francis Howell and Lindbergh schools, but any school district or organization will be welcome to come visit.

“I came [to St. Louis] in February 1994,” says Nasufovic. “It was at the time when there were about fifteen Bosnian families” in the whole region. Today, St. Louis is still home to the largest Bosnian population in the United States, approximately 50,000 to 70,000 of the metropolitan area’s 2.8 million residents. However, since the 2010s, many of the leading businesses and families in Little Bosnia, who were around Bevo Mill, have moved further west into the county, citing the usual problems of life in St. Louis – the crime and troubled schools.

A New York Times A 2019 article indicates that the change began when Bosna Gold, “a large restaurant and event space whose cevapi sausages would rival those in Sarajevo, closed in 2016. Salons, tailors, butchers and a host of Other Bosnian settlements all joined the Leaving Town, along with the Bosnians who frequented them.

Today, many Bosnian families have moved to Mehlville, which was the first school district in St. Louis County to add Eid al Fitr as a holiday to its school calendar. Eid al Fitr is the Muslim holiday that marks the end of Ramadan.