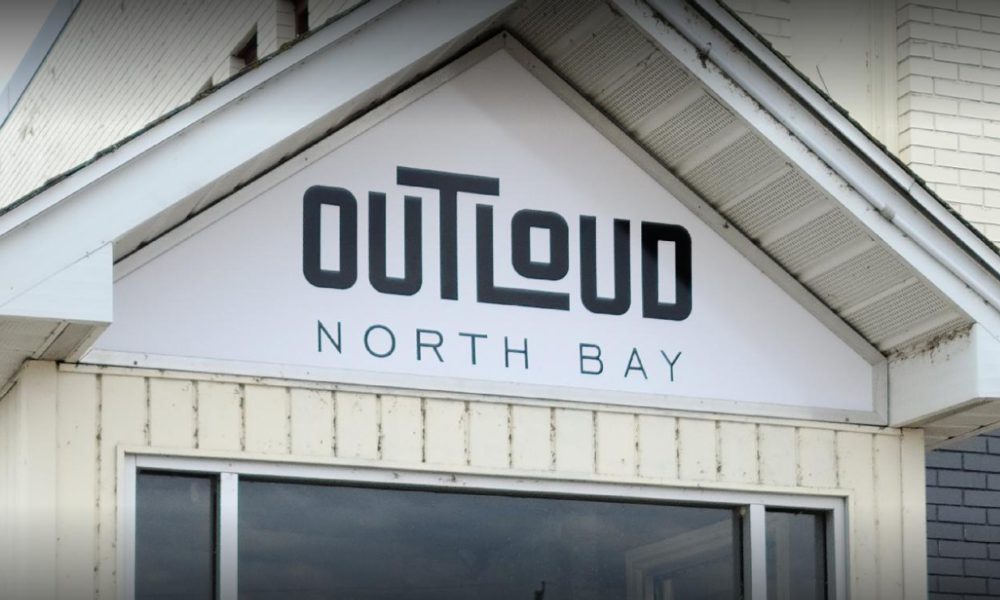 NORTH BAY, Ontario, Canada – The center for LGBTQ+ youth in this quiet town about three hours north of Toronto is currently besieged by death threats and extremist anti-LGBTQ+ bullying. In fact, the flood of hatred that is sweeping over this small center is a veritable tsunami.

The striking aspect of all this nasty vitriol is that a massive percentage comes from the internet, text messages, voicemails and comments left on the centre’s social media accounts – outside of Canada.

What happened next was beyond shocking, Taschner told the Blade in a phone call Saturday afternoon. In fact, the heinous actions from outside sources implicated the North Bay Police Department and severely scared the center’s youth while overwhelming its director Seth Compton.

Speaking to CTV Northern Ontario, Compton says his staff and even young people who frequent the space have been targeted.

“I woke up at 4 a.m. to receive thousands of emails, tweets, posts on social media platforms that were so discriminatory and full of hate,” Compton said Friday, fighting back tears. “The average person wouldn’t be able to handle this…Never in my 47 years have I ever experienced this.”

Compton briefly texted Blade Saturday noting, “I can send you our press release. Now that I’ve had a minute. I don’t know if I can add anything to what happened yesterday. I am emotionally broken. I’m a defender but I’m human too and I need a minute. I’m afraid of attracting more attention because the “Libs of Tik-Tok” seems to be moving on to something new. The hate and harassment didn’t stop, but I couldn’t handle a second wave of hate at this point. My goal in the future is children. We must protect them. »

CTV’s Taschner told The Blade that the levels of animosity and hatred expressed were unprecedented and noted that there were ugly hate-filled messages from countries far beyond even the United States.

Earlier this spring, Washington Post reporter Taylor Lorenz confirmed that Chaya Raichik was the originator of the once-anonymous “Libs of TikTok.” The influential anti-LGBTQ account was filed as a “reporting service” by a Republican agent, although The Washington Post notes that “Raichik claimed to run the account alone.”

In a profile written by Jeremy Stahl of Slate magazine, reported that Raichik, a real estate agent from Brooklyn, New York, “has become a powerful voice in the culture wars, pushing a narrative designed to demonize LGBTQ rights supporters as predatory child sexual ‘groomers.’

The account has been promoted by podcast host Joe Rogan, has been featured in the New York Post, Federalist, Post Millennial and a host of other right-wing news sites. Meghan McCain retweeted it. Online influencer Glenn Greenwald amplified it to his 1.8 million Twitter followers while calling himself the “godfather” of the account.

Slate also noted in his article, Raichik also made a name for himself by helping to blow up fights within school systems and between teachers and students, even causing a number of teachers to be removed from their jobs.

More problematic though is that Raichik is inspiring a virtual army of anti-LGBTQ+ adherents, including white supremacist group, the Proud Boys, to take direct action against these events. Over the past Pride month, the Proud Boys have disrupted over ten LGBTQ+ events ranging from Drag Queen Story Hours to Pride events.

In a column a week ago, Blade columnist James Finn pointed out that the Proud Boys had particularly targeted Family Pride events, managing to have several postponed or canceled through acts of disruption intended to sow fear and even terror.

In a high-profile incident in the northern California town of Woodland, the Proud Boys attempted to enter a bar and restaurant hosting an all-ages drag show. However, their efforts were thwarted by bar patrons who defended the entrance and pepper sprayed the white supremacists.

“Fuck you, you motherfuckers!” the masked man shouted as patrons of the Mojo Lounge sprayed him with pepper spray to stop him and other members of the Proud Boys from making their way inside.

A year ago, in February 2021, Canada’s Public Safety Minister Bill Blair announced the addition of the Proud Boys, an organization founded in 2016 by a Canadian living in the United States and two neo-Nazi networks, Atomwaffen and The Base, in Canada. list of terrorist entities.

Although The Proud Boys have not been identified as a component entity in the attack on the North Bay OutLoud Youth Center, a senior FBI source told The Blade on Saturday night that “it was very likely, in fact likely, that people who are either members of the Proud Boys or affiliated in some way are involved.

Back in Northern Ontario Out loud staff and community continue to struggle to create a buffer zone and safety zone for their children CTV reported.

Jocelyn Green, CEO of North Bay Pride, said the organization is working with OutLoud to support staff and youth in the city.

“I am absolutely abhorred and disgusted,” Green said. “I can’t believe this kind of hate still exists. It’s like we’ve stepped back in time. Compton is appealing to the community for support during this troubling time.

“We have to come together as a community because this is something that doesn’t just happen around the world,” he said. “It’s happening right here in our community.”

North Bay Police Department Inspector Jeff Warner told reporters during a briefing that police officials are “aware of the offensive and hateful comments OutLoud has received via social media” and that his department was “deploying resources”.

“We will look at the comments and if any of them cross the line into criminal activity, we will definitely take action.”

Warner was asked what that line would be.

“If comments or actions turn into what is singled out as a hate crime for a designated group in the community, we take those investigations very seriously. We will thoroughly investigate these,” he said.

The most prominent slurs focus on accusations that LGBTQ people and their allies are pedophiles, using the word “grooming,” which the National Society for the Prevention of Cruelty to Children defines as “when someone establishes a relationship, trust and emotional connection with a child or young person so that they can manipulate, exploit and abuse them.

The term has been weaponized online and now pops up almost constantly on many social media platforms. Data from the social media platform Reddit analyzed by Jeremy Blackburn, an assistant professor of computer science at Binghamton University in New York who studies online extremism, revealed an increase of around 100% since the start of the year in discussions about “grooming” in conjunction with various LGBTQ slurs beginning in early March and ramping up from mid to late March.

Journalists also asked Inspector Warner how difficult it would be to find the sender of these messages.

“When it comes to online activities, it is difficult to investigate. They’re not impossible – we have resources and can liaise with other police services that have the expertise to track down some of these comments.

Warner then expressed his displeasure that the youth center was the target of hate.