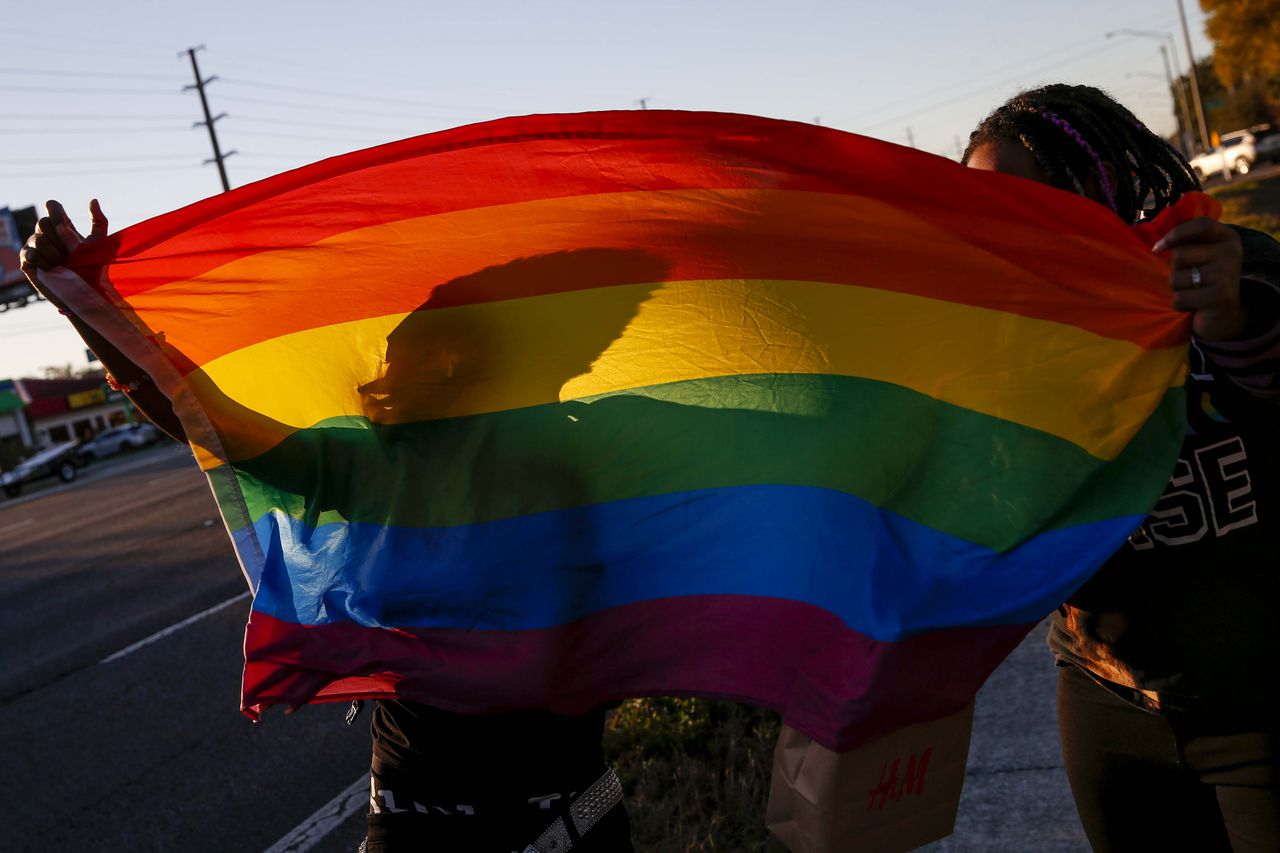 Answer: The square footage of the Colors+ Youth Center at Fairview Park, the only center for LGBTQ+ youth combined with mental health services focused solely on LGBTQ+ youth and their families in northeast Ohio. It’s a two-for-one organization that sets aside space for some of the most vulnerable members of the LGBTQ+ community – children aged 11-19.

Colors+ is the creation of Kristen and Lisa Pepera, a married team of licensed professional clinical advisors. It all started in Lorain when their colleagues at the clinic started referring any client who was looking for LGBTQ+ travel support to the two young women. They were happy to help. The scene was set.

The Peperas quickly saw the need for youth-focused therapy based in a safe space where young people could feel supported while discovering, expressing and revealing their emerging LGBTQ+ identities. To remain accessible to Lorain but also serve the eastern suburbs of Cleveland, they chose Fairview Park, Lisa’s hometown, to establish their vision.

In January 2019, Colors+ Youth Center opened to offer counseling for children ages 11-19 in a two-room, 250 square foot space. The Peperas determined that the center’s offerings would be customer-focused, leaving it up to children and their families to identify desired activities and events.

Of course, the children knew exactly what they wanted and needed. They wanted a place where they could create safety and connection for each other and with each other. They wanted community and communitas. Their parents wanted education and ideas – and the camaraderie of other parents supporting LGBTQ+ kids. Special interests surfaced. They’ve created a Dungeons & Dragons club, family movie nights and more.

Within a year, the growth in attendance prompted Colors+ to expand to 900 square feet of space. The children answered. Kristen suggested they start a support group.

Difficult pass. “The kids didn’t want what they saw as an old-fashioned approach,” Kristen noted. Turns out they wanted open dialogue sessions, where topics grew organically from whoever came up. Participants could express themselves, observe quietly, talk about struggles or share their latest poem. They called it “Connections” and attendance grew for three months. So…COVID.

Kristen recalls the immediate panic: “We knew children would need Colors+ services more than ever. [during quarantine and isolation]but we didn’t see how we could do it, and we had this newly rented space, where no one could meet.

Kristen reflects, “You know, when we started, we thought that even if we only helped one child, it would be worth it.” Despite the pandemic, the Colors+ community grew as the center provided the social setting that isolated children needed. The Peperas also had a window through which to watch anyone struggling at the bottom of the pool of depression. A few parents had to be called, an approach questioned by some young people, who felt vulnerable and exposed. But a mandatory reporter must do their part to protect others. Once the children understood that the calls were based on benevolence, a deeper trust set in.

In November 2021, the Peperas received groundbreaking news. the Foundation of the Three Arches called to tell them that Colors+ Youth Center was receiving a grant of $134,000 over two years for operating expenses and capacity building.

Apparently, the fairy godmothers assigned to the Colors+ children had been working overtime.

The grant allowed the Peperas to sign a seven-year lease for 3,500 square feet of street-facing space a few blocks from the old site. Remodeling began immediately, and when complete there will be five clinical offices, two nonprofit management offices, and a large multipurpose area, where multiple group programs can take place simultaneously. Colors+ now has leeway to continue growing. The large windows will soon display advocacy posters and the youth center will be more visible and accessible.

To celebrate the new space, the youth center has planned special events for Saturday, June 18 during Pride Month. The day will include a VIP opening ceremony, ribbon cutting, guided tours by teens and a Pride Run to raise funds and awareness. To learn more, see the Colors+ Facebook page or visit www.colorsplus.org.

In-person programming is back and continuing – but online sessions will continue. Kristen noted, “Too many young people who otherwise wouldn’t be able to participate have come to rely on our online community. We will continue to run the Connections program virtually to ensure that accessibility is never an issue for any child.

With that in mind, I asked Kristen how kids are handling HB616, the recently proposed legislation called Ohio’s “Don’t Say Gay” law. The legislation aims to prohibit the teaching, discussion or mention of any “divisive issue” in schools. The current version lists sexual orientation, gender identities, or factual history (as opposed to the whitewashed worldview I learned in public school) as topics to avoid, lest a teacher is fired. This is a sad, fear-based, anti-LGBTQ decision made in an election year by some lawmakers awaiting re-election, and I was concerned about the impact on the Colors+ community.

Kristen carefully guarded customer privacy when she told me how the Colors+ youth met the night the bill was announced. Only a couple had heard, so Kristen shared the news. The kids had a lot to say, including colorful statements about wanting the country to be dismantled and then rebuilt the right way. But not everyone was asking to speak.

Kristen noticed that a regular Connections attendee was unusually quiet, so she asked them how they felt about the whole thing.

They were scared. “What will happen to me, to my parents, to my teachers? they asked.

Kristen didn’t pretend everything was fine, but she did offer encouragement. “We will get through this together. And there are others out there fighting for us. Kristen replied, as soothing as honesty allowed. “One way or another, eventually, we’ll be fine.”

One way or another, ultimately, we have to. Because these brave young people are our future and our present. They represent our shared civil rights to exist freely and to walk in authenticity.

Colors+ Kids, I’m with you. Let’s go through this together.

Leslie Kouba, a lifelong resident of northeast Ohio and mother of four fully grown humans, enjoys writing, laughing, and living in Cleveland with his wife, five cats, and a fat-tailed gecko named Zennis. You can reach her at [email protected].