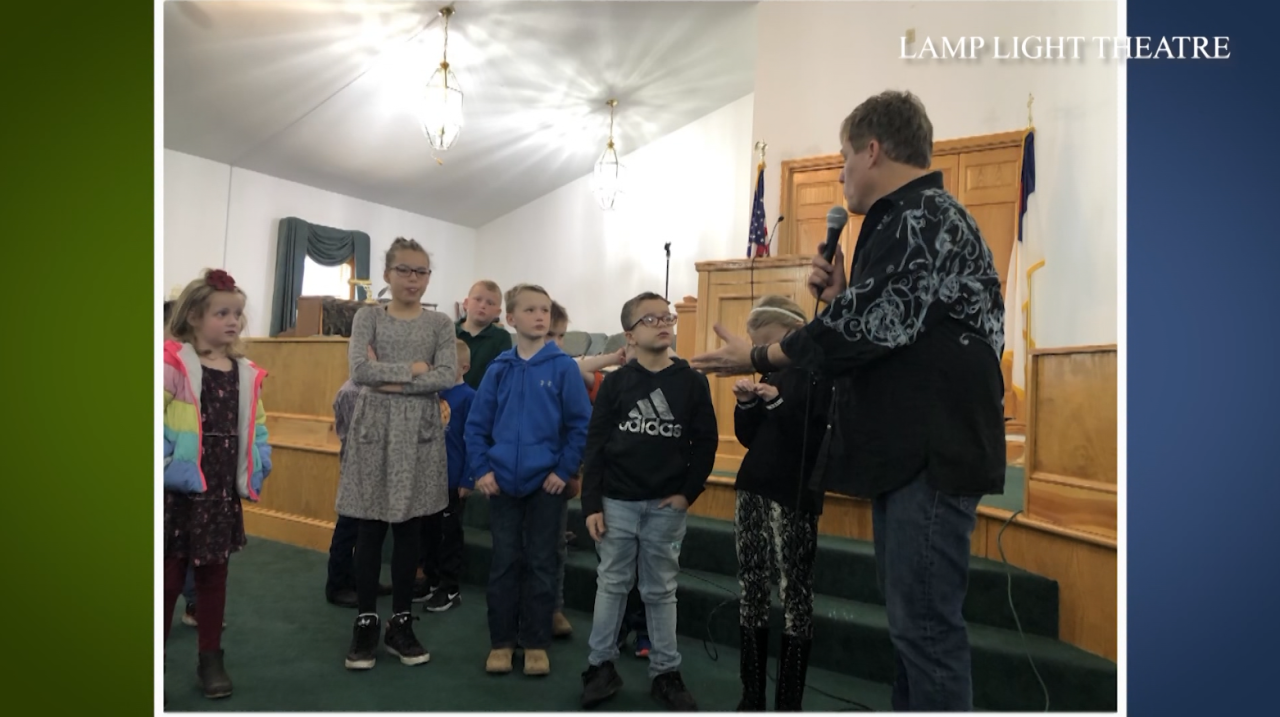 (WJHL) – Career plans change and evolve often, and this week’s Community Hero does. He says his faith led him in a different direction, and for that he is grateful.

Billy Wayne had a plan. Years ago he was a theater buff and performed in Pigeon Forge.

“I knew God was calling me to something deeper, and to go out on the road and do evangelism, and work with hurting kids, a lot of kids I’ve worked with,” Wayne said. .

So he changed direction and worked in itinerant ministry and as a musical artist. But, Wayne says God had a different timeline for him.

“He chooses you,” he said. “Your ministry chooses you. I think the things that you’ve been through in your life, the scriptures tell us that, you know, comfort those with the comfort that you’ve been comforted with. So, I had a lot of people along the way who were very supportive of me out there in the Tri-Cities.

Wayne expanded his ministry by opening the Lamplight Theater which promotes family and Christian values.

“Theater has always been part of my life, as well as music,” he explained. “So I had to marry the two: traveling and singing and being in the theater, and directing and writing productions. It’s really something that has evolved. It was not something that was planned. I thought ‘maybe’, you know, and here we are now.

For 30 years, his Hope And Love Outreach, or HALO, program has run summer camp for children who are hurting or needing counseling, thanks to community and corporate support. The association supports the children all year round.

“We also mentor them throughout the year and take an interest in their lives,” he said. “The HALO program that we have that sponsors the camp, we also give them book bags or backpacks, school supplies and a Christmas of comfort and joy for them and their families. So, we want to make sure we are involved in the lives of these students all year round.

“We raise citizens. I mean, that’s what we do. If we can invest in the lives of these students at a young age and make them feel important,” he said. “I always say to students, never use people or things from your past as an excuse not to get up and be everything you’re meant to be. But they can’t do that unless the community gets involved and sees the need to contribute to the lives of the students.

Wayne says that even though it wasn’t his original plan, he’s exactly where he’s supposed to be.

“It’s just a beautiful thing,” he said. “Nothing that I expected to do. But, it’s one of those things where it’s so exciting to serve a God who keeps you a bit on edge and makes sure you trust him. It’s a God-sized thing, so He gets all the credit. We just hang out with him and let things happen.