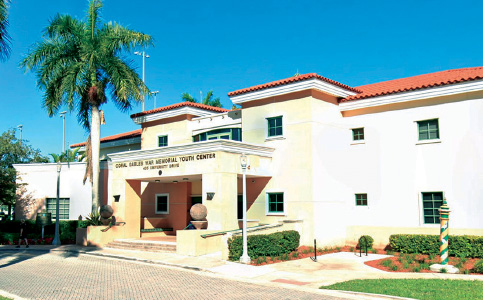 Coral Gables commissioners agreed last week not to place on the November general election ballot a referendum on the $60 million bond that would have funded building improvements for the War Memorial Youth Center and Phillips Park.

Instead of letting voters decide the construction project, city officials preferred to have staff come back with improved or alternative ways to fund renovations and project expansions.

“I think taxation is something I object to raising,” Commissioner Jorge L. Fors Jr. said, “but the real problem with taxes for me is taxation without representation. Here, people are asked if they would like to voluntarily assume an additional contribution to their tax roll.

The cost of a $60 million 20-year general bond would be underwritten in a single phase, said Diana Gomez, the city’s chief financial officer.

“We would take out all of the debt service on that $60 million, which would be about $4.2 million in order to generate that tax revenue and cover that debt service,” she said.

The War Memorial Youth at 405 University Dr. would cost around $42 million to repair and expand, while Phillips Park at 90 Menores Ave. would need about $8 million worth of upgrades.

“For me, the youth center is not my number one priority on the parks master plan priority list,” Vice Major Michael Mena said. “Obviously very important to our parks system, but just from my perspective of allocating significant dollars, my thing is that I pushed and fought to improve our parks system as much as possible within our budget, and that has been to try and elevate the rest of our park system around the youth center.”

One of the biggest concerns is similar to what’s happening now with the city’s planned mobility hub, he said.

“I have real concerns about even the numbers we’re using, not because there hasn’t been a good faith effort to come up with reasonable numbers, but because the numbers are changing drastically right now.” , said the vice-mayor. “I am not comfortable with the current plan as proposed and am happy to continue working on it. I don’t know if we can meet the November deadline. I totally agree, but I just think we need to flesh ourselves out in today’s construction industry and with what can wait a few months on how things would look and do this at the right meaningful moment.