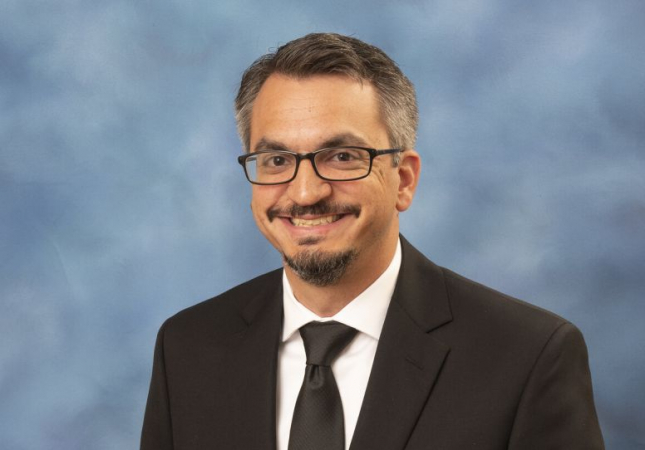 Soon after, Cipolla teamed up with two friends who were starting their own news site called Ypsilanti Citizen.

Years after sharing Ypsilanti’s news via his website, Cipolla recently delivered his own news to family and friends. He is the newest seminarian in formation for the Diocese of Saginaw. He will attend St. Meinrad’s Seminary and Theological School in St. Meinrad, Indiana.

“I look forward to living community life at St. Meinrad – having the Eucharist down the hall from me, growing in holiness, going to class and learning,” Cipolla said.

God willing, if Cipolla is ordained a priest, he will fulfill a clear desire he has had since an experience with the Lord while praying at Ridge Cemetery in Gladwin in 2015.

“I was visiting the graves of my grandparents and praying before a statue of the Holy Family when I realized in an unprecedented way that I wanted to be a priest,” Cipolla said.

For the past five years, Cipolla has served as youth minister at St. Anastasia Parish in Troy, Michigan. Prior to that, his career was multifaceted and included working as a wilderness guide in New Mexico. He also worked as a cafe manager, accountant for an industrial company and other part-time jobs.

“Even though I was good at my job, I didn’t find it satisfying,” Cipolla said. I feel a deep desire to bring the sacraments to people. I see myself serving the family as a priest rather than a father.

Cipolla joins five other seminarians from the Diocese of Saginaw. They include:

Is God calling you or someone you know to the priesthood?

7 Reasons Why Finding a Youth Minister Is Difficult