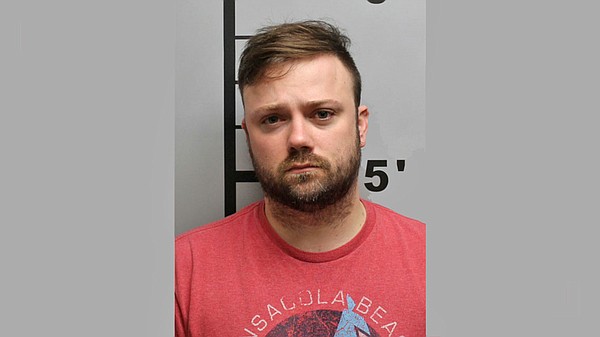 Rogers’ Kevin James Madden, 31, has been arrested on two counts of indecency with a child and engaging children in sexually explicit conduct for visual and print media. Prosecutors have not filed formal charges against him.

Madden was the youth pastor at Discover Church in Rogers, according to a probable cause affidavit. The church said in a statement Madden was placed on administrative leave when church authorities were made aware of the allegations. The church then contacted the girls and their parents, the statement said.

“On Monday, May 3, we were told that the allegations appeared to be founded, but the detective could not give us a definitive answer at that time,” the statement said. “On Friday we were officially informed that all of the allegations were true.”

Madden was then fired, according to the church.

“We do not take the safety of our members, our students and our children lightly,” the statement said. “We acted quickly to contact the authorities and secure a way to find out the truth of the situation. Counseling services were offered to victims and their families.

Cassandra Brewer, the wife of the church pastor, reported to police that a church member told her Madden had sent photos of her “private parts to a 17-year-old girl,” according to the ‘affidavit. Brewer told police he started sending the footage when the girl was 16.

Brewer reported that Madden may also have sent photos to another girl, according to the affidavit.

The church pastor confronted Madden about the accusations and he denied the allegations. Madden had a panic attack and was taken to hospital, according to the affidavit.

The teenager said she stopped attending church because Madden made her uncomfortable, according to the affidavit.

The second teenager, a 15-year-old girl, told police Madden asked her to send her a nude photo, according to the affidavit.

Madden told police he sent a photo of himself to the older girl, according to the affidavit.

Ready-to-use graduates congratulated by the Minister of Youth