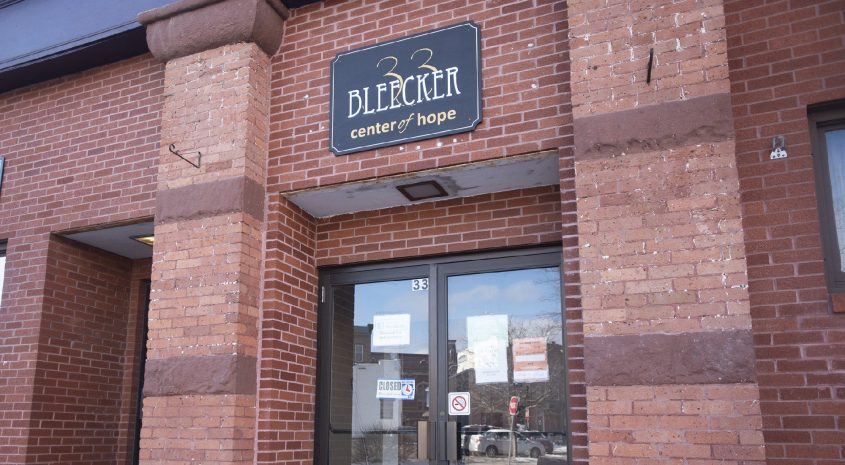 The exterior of the Center for Hope at 33 Bleecker Street in Gloversville is shown on Monday. The Planning Council recently determined that “The Loft – Center of Hope Youth Center” does not need to apply for a special use permit, as the program already falls under the “ministry” authorized use of the granted building. to its owner, the Gloversville Free Methodist Church.

GLOVERSVILLE – The Planning Council recently determined that “The Loft – Center of Hope Youth Center” does not need to apply for a special use permit for 33 Bleecker St., the former YWCA building, since the program already falls under the authorized “ministry”. the use of the building granted to its owner, the Free Methodist Church of Gloversville.

During the meeting, the Motts successfully argued that the Gloversville Free Methodist Church had already received a use permit years earlier for 33 Bleecker Street, which included all of the church’s ministerial activities, including secular public awareness in the form of community service.

Fire Chief Tom Groff said Fox was not involved in the licensing process for 33 Bleecker Street and only requested that representatives from the Free Methodist Church in Gloversville appear to explain the Loft program and why this was an authorized use.

Loft principal DiAnne Mott explained that it is not just a secular program partnering with the Gloversville Expanded School District to provide recreational activities and tutoring for grades 6 to 12. Tuesdays and Thursdays from 3 pm to 5 pm, but it is also a “ministry” awareness program because it fulfills the mission of his church to help the community.

She said that since the program began on Nov. 16, about 80 different Gloversville students in Grades 6 to 12 have attended one of the Loft’s operating nights, averaging between 30 and 40 per session.

DiAnne Mott said she was happy that the Planning Council agreed to allow the use to be permitted at 33 Bleecker Street, and she believes the increase in the number of nights the Loft is open would also be permitted under of the existing use permit for the church, but she is not yet ready to consider expanding the Loft.

“We’ve just launched this, so we’re looking at where we’re at and assessing what we can do to help these kids be the best they can be,” she said. “[Expansion] hasn’t entered my conversations yet.

In October, Mayor Vince DeSantis allocated $ 150,000 of the City of Gloversville’s $ 1.5 million American Rescue Plan Act of 2021 to establish a multi-use recreational facility for youth and families near from the city center. DeSantis said it was possible for the city to partner with The Loft to increase the number of program opening nights and possibly age ranges, but only if the public and other stakeholders involved wish to support it.

DiAnne Mott said on Monday that she was not necessarily against the Loft expansion, but was not yet ready to commit to doing so either.

“It might sound like a strange statement, but money is the least of my concerns,” said DiAnne Mott. “I won’t know what’s right or what’s wrong until I start a program, but the other thing is, because it’s a ministry, things have to be in balance. So, I am not there. I have to assess. Some of the space might be available for several days, but staff are also involved. The workload must be proportional to the workers available. Right now it’s in balance, but, again, can’t assess [expansion] until it was something that I experienced.