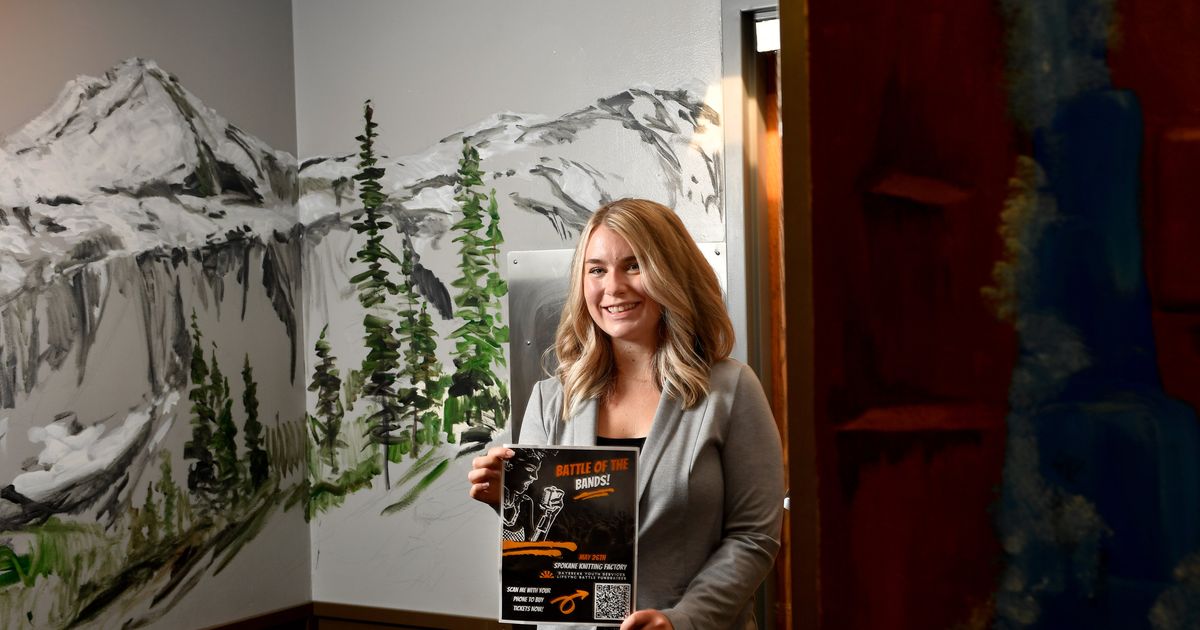 While the battle to save young people from drug addiction is not new, recent forces have raised alarm bells for the professionals who help these teens in treatment.

“Intentional self-harm among adolescents skyrocketed at the start of the pandemic,” Spier said. “We’re still seeing high levels of mental health issues, and the rise in fentanyl has just been appalling.”

They are among the factors why the nonprofit founded in 1978 offers comprehensive, trauma-focused substance abuse and adolescent mental health treatment to 12- to 17-year-olds across the state. With inpatient and outpatient services, Daybreak has facilities in Spokane and Vancouver, Wash.

The Spokane sites include one for girls ages 12-18 to receive mental health and addictions treatment and counseling. Daybreak also offers co-ed outpatient clinics and counseling for teens and teens in the Spokane Valley.

Mirror programs are in Vancouver, where boys from Spokane or across the state go for hospital treatment.

And Daybreak just announced that its new program, aimed at providing behavioral health support services to young victims of sex trafficking, is being run separately from its other programs and in an approved residential setting.

Daybreak expanded its program for young victims of sex trafficking under new legislation, House Bill 1775, Spier said. Under its provisions, law enforcement and service providers can refer children to these programs, or children can refer themselves.

“This is the first in Washington state to be a sex trafficking-focused program in a licensed residential facility,” she said. “This is the first of its kind where we provide comprehensive on-site assessments of substance use disorders and mental health. We then provide up to 30 days of stabilization.

“These young people will have direct access to continue and go to the concurrent treatment facility to continue their treatment for substance use disorders and mental health. Then we have Case Managers who provide full wraparound support and very intensive discharge planning. We just opened.

Regarding its comprehensive care programs, Spier noted a national report from May 11 on escalating drug overdoses.

“The CDC just announced the latest data showing that nearly 108,000 people overdosed last year, which is the highest on record in the United States, and the main driver is fentanyl,” said Spier. “It’s something we see at Daybreak; we treat young people who are addicted to fentanyl, and we’ve seen an increase of almost 60%, by our estimates, over the last year to a year and a half.

“It’s unlike anything that’s ever been seen.”

Daybreak is the state’s largest youth Medicaid treatment provider, Spier said, although it is also licensed by all private insurance companies. Daybreak relies on fundraisers to support its life enrichment programs and activities, including its first Battle of the Bands lip-syncing contest at 7 p.m. Thursday at the Knitting Factory. Tickets are $50-$100 for the event with a panel of judges and appetizers.

Reopening the unit is crucial because of the number of teenagers intentionally self-harming, she said, and to help with the youth mental health crisis also seen in hospitals. “It’s really for mental health and suicidal youth.

For more than 40 years, Daybreak has had countless stories of successful teens after graduating from its programs and finishing high school or college, Spier said. Daybreak has an accredited school on site that links high school credits or GEDs.

Reagan Cox, 20, is now at Eastern Washington University, where she is majoring in social work and a minor in criminal justice and substance abuse. As a high school student, she entered Daybreak’s outpatient program. Cox was then recruited for an internship to support Daybreak’s Royal Closet, for teenagers to borrow evening wear for the drive home or prom.

“Daybreak really got me out of rehab and into outpatient,” Cox said. “It helped me stay sober and stay focused on my health. I also stayed very close to counselors.

If young people come in for treatment for substance use disorders, mental health counseling is still part of the care, Spier said.

“The clinical term is co-occurring. Often when someone is using a substance, they have an underlying mental health issue that they are addressing,” Spier said. “Whether it’s depression or anxiety, drugs are often a cause and a coping mechanism for a mental health problem.”

“These are fun things to do; they missed their childhood, and because it’s fun they wanted to stay in treatment,” said Catherine Reynolds, who runs the program.

After fears of closing in January 2020 due to budget shortfalls, Daybreak kept its doors open by later raising $500,000 to fill that tax hole and hire staff.

In the summer of 1978, co-founder Bill Yakely was riding a tractor on his family farm near Spokane when he said he heard a clear voice say, “Help the kids.”

With a young family and a new vet clinic to run, he didn’t know what to do. When he shared the call with his pastor, he told him that he was not the only member of the congregation to receive the message. That’s when a small group of people started Daybreak with a counselor.

Yakely still visits Spokane sites on occasion. Daybreak has kept the mission “to help children”. Youth are referred by agencies and families, or refer themselves, to (888) 454-5506.