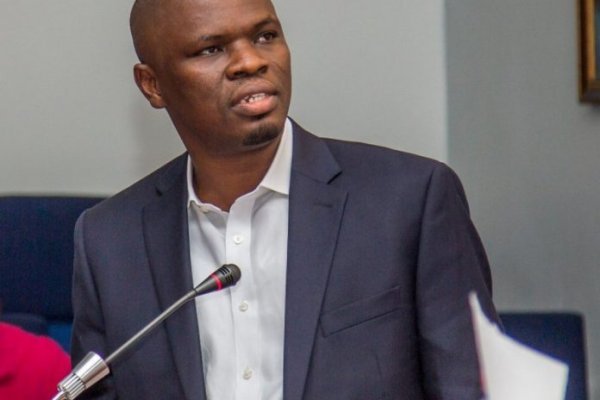 Helping young people in Africa to realize their potential

The Minister of Youth and Sports, Mr. Mustapha Ussif described the youth in Africa as his greatest asset.

Speaking at the Youthconnekt African 2021 opening ceremony in Accra, the Minister said: “Africa is said to have the fastest growing youth population in the world. It just means that our greatest resource is not gold, diamonds, cocoa, timber or petroleum, but our energetic and determined youth.

Changes in demographics, technology, economy, politics and other related factors had therefore necessitated the organization of summits such as the Youthconnekt to unite, connect and prepare African youth to become successful citizens to help transform the continent.

Young people, he said, were key agents of development and called on all government agencies and decision-makers to assign them strategic roles in development planning activities.

“Young people are at the center of today’s most important strategic opportunities and issues, from developing the global economy and countering violent extremism to building sustainable democracies,” he said. -he adds.

He urged participants to ensure that they take full advantage of the summit by engaging, networking and linking with their counterparts in other countries to ensure sustainable growth and development.

Vice-President Dr Mahamudu Bawumia, who was the guest speaker at the summit, stressed the need to involve young people in the decision-making process.

“Africa cannot talk about shaping the future without talking about the well-being and well-being of young people. It is important that we all advance these ideas to harness the value of a young population, placing human rights, gender equality, human capital development and dignity at the center of all our investments. It is only by offering opportunities that open the future to all young people that we create a better future, ”he added.

Rwanda’s Minister of Youth and Culture Rosemary Mbanbazi, who delivered a speech on behalf of the President of Rwanda, Paul Kagame, urged young people to think outside the box and find solutions to Africa’s challenges , especially those faced by young people.

She underscored the need for Africa to fight unaided by preparing the mindset of young people and providing them with an environment conducive to their prosperity.

Several key stakeholders such as CAF President Patrice Motsepe, Deputy Administrator and Regional Director for Africa, Ms Ahunna Eziakonwa, AfCFTA General Secretary Wamkele Mane, among others, all had their turn to s ‘address to African youth.

This year’s summit is the first after the pandemic and also the first to be held outside Rwanda.

Over 3000 young people were physically present at AICC and thousands of people around the world joined online.