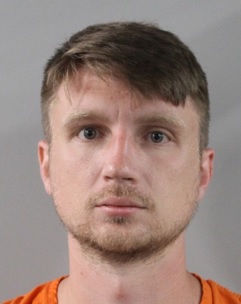 On Monday, June 7, 2021, the Polk County Sheriff’s Office arrested Andrew Pierce Weaver, 29, of Lakeland, the young pastor of Highlands Church of Christ in Lakeland, for attempting to have sex with a minor.

On June 3, 2021, staff at the Highlands Church of Christ contacted PCSO detectives to report that Weaver may have had an inappropriate relationship with a 17-year-old girl from his youth group. The alleged contact took place for approximately five months between September 2020 and January 2021.

The following is an excerpt from the affidavit describing what the 17-year-old victim told detectives, and is explicit:

The VICTIM revealed that she showed Weaver nude photos of herself on her cell phone, and Weaver frequently asked to see these photos, but insisted that she never electronically forward them to him. The VICTIM thought he asked this to avoid getting in trouble, as he also asked her to keep their relationship a secret.

The VICTIM also revealed on an unspecified date in late December or early January that she and Weaver went to the Best Western Hotel in Mulberry, Florida. The VICTIM revealed that she drove to the Church of Christ in the Highlands and met Weaver there. The VICTIM then got into Weaver’s vehicle and he asked her how she felt about getting a hotel room for the two of them.

During a June 7 interview, Weaver confirmed that he took the victim to Mulberry’s hotel after the two discussed sexual fantasies. According to the affidavit:

Weaver indicated that he believed he had “crossed a line” with the VICTIM, which he further explained was emotionally closer to the VICTIM than he should have been. Weaver later admitted to driving with the VICTIM on the day of 12/29/20 and further discussing the VICTIM’s sexual fantasies. Weaver said he had trouble controlling his impulses and then drove the VICTIM to the Best Western Hotel in Mulberry, Florida after discussing the VICTIM’s sexual fantasies. Check-ins were obtained from the Best Western Hotel, which confirmed that Weaver checked into the hotel on 12/29/20 at approximately 1:13 p.m.

“Youth ministers are responsible for supervising our children. This minister betrayed that trust and he must be held accountable. Fortunately, the church leadership did the right thing by reporting his inappropriate behavior.” – Grady Judd, Sheriff
Weaver was arrested for Attempted illegal sex with a minor (F3) and Interference with child care (F3) due to Weaver taking the child from the church and to the hotel with the intention of having sex with her. He is currently being held in Polk County Jail and has no bond. Weaver told detectives he was married.