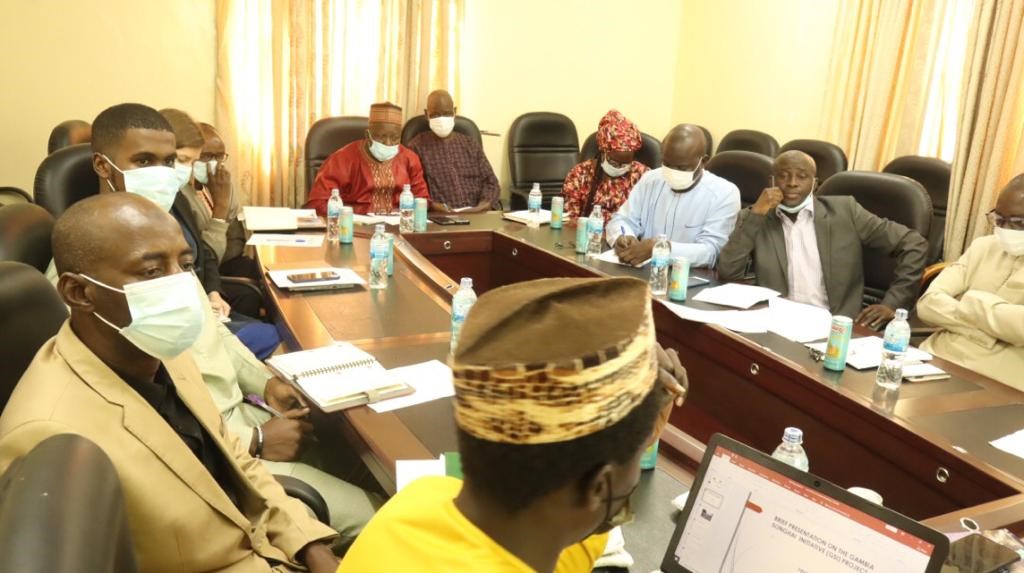 The Honorable Minister of Youth and Sports on Wednesday inaugurated a new Project Steering Committee (PSC) for the Gambia Songhai Initiative (GSI) one of the institutions under his ministry,

In his inaugural statement, Minister Bakary Y. Badjie called on stakeholders to be effective and efficient in achieving the objective of the center, and implored them to continue supporting the project throughout the process of reclaiming the center GSI.

He revealed that the overall objective of the project is to support young people and discourage irregular migration.

Hon. Badjie reminded the PSC that the overarching goal of the project is to sustainably reduce poverty, unemployment and food insecurity by addressing their root causes and deploying proven strategies to achieve sustainable youth development. .

Lamin A. Camara, Deputy Permanent Secretary for Finance and Administration (DPS) at the ministry, who also serves as the focal point of the project, briefed the committee members on the PSC established since its inception in 2015 but not very active.

He gave a brief overview of the project which he said started in 2015 and trained young people in modern farming techniques which developed in the face of the growing need to transform the agricultural sector into a productive, efficient, sustainable enterprise. and remunerative, especially among young people.

He reiterated that the ideal is in line with the priority objectives of the Gambian government’s National Development Plan (NDP).

DPS Camara revealed that the Ministry’s objective is to ensure the employability of young people through training and obtain meaningful employment, as there is an urgent need for ministries and development partners to harmonize their activities to help the GSI project to generate maximum impact on the lives of Gambians. youth

He quickly reassured the members of the Ministry’s unwavering support for the CPS and all the youth of the country.

Presenting the activities of the project, Mamadou Ly, technical adviser of GSI gave a history of the project and from where it emanates. He said the idea was first conceived by UNDP and MOYS in 2014.

When then Hon. The Minister of MOYS and Mrs. Ade paid a visit to the Songhaï Regional Center (SRC) in Port Novo – Republic of Benin.

He said that in 2015, the first group of interns were sent to the SRC for six months after the signing of a five-year institutional contract between the Government of The Gambia and the UNDP-funded SRC.

He said he aimed to create young agribusiness entrepreneurs to curb the growing migration of young people across the backway.

Mr. Ly informed the new CSP that the training duration of the center is 12 months and during the training, student food, accommodation, minor medical expenses and a monthly stipend of one thousand dalasis (D1000) are provided by the government through the ministry and an additional 1000 D are reserved for them as monthly savings until the end of their training.

Currently, he said they have enrolled the ninth batch of interns and the main objective is to promote growth and employment in the inclusive agricultural sector.

Aziz Balla Gaye, Ministry of Commerce Focal Point to GSI, said maize should be grown at GSI since 60% of poultry feed comes from maize.

He revealed that the poultry income should also be used to support the project, suggesting that management should use the business plan provided by the consultant as a guide in planning how the project is sustainable.