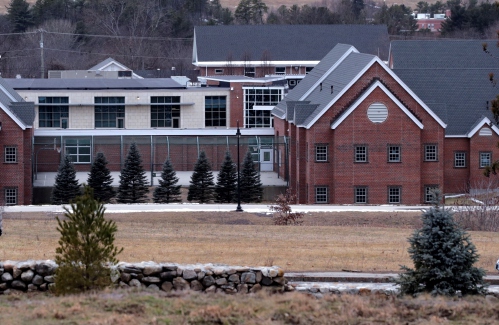 The state currently spends $13 million a year to run the 144-bed Sununu Youth Services Center in Manchester, although the typical population is currently around a dozen teenagers. The debate over his future began years ago, but it boiled over amid horrific allegations of sexual abuse.

The state budget passed last June called for the center to close by March 2023. But the House on Thursday amended a bill passed by the Senate that would extend the deadline, giving the state until June 30. 2024 to build a new facility, with the option to extend for two additional years if needed.

The Senate version called for a facility that could accommodate up to 18 beds. The House reduced that number to six and added felony-limiting provisions that would make children eligible for detention for violent crimes such as murder, assault, sexual assault, burglary involving bodily harm, and arson.

State Rep. Robert Lynn, R-Windham, unsuccessfully opposed those limits, saying the threat of incarceration is sometimes necessary to get teens to comply with lesser sentences and that incarceration is appropriate when someone repeatedly destroys property.

The bill now goes to the House Finance Committee.

The youth center, named after former governor John H. Sununu, has been under criminal investigation since 2019 and 11 former workers were arrested last April. Lawmakers are also considering a $100 million fund to settle claims filed by nearly 450 former residents who sued the state with allegations involving more than 150 staff members from 1963 to 2018.

Fort Valley Youth Center revived with help from the community