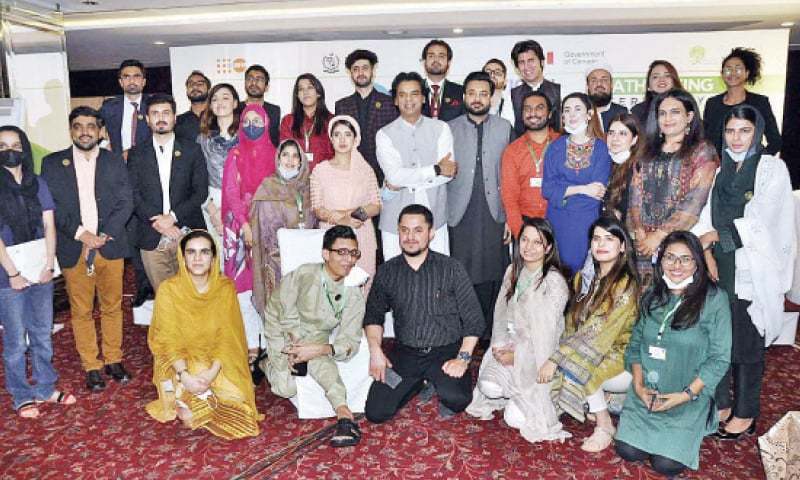 ISLAMABAD: Minister of State for Information Farrukh Habib said on Friday that the government has so far disbursed soft loans amounting to Rs 17 billion to more than 14,000 young entrepreneurs under the Youth Entrepreneurship Scheme (YES) of the Kamyab Jawan program (KJP).

Speaking to the second group of the KJP’s National Youth Council (NYC), Habib said the prime minister’s Kamyab Jawan program marked a new era of entrepreneurship in the country, creating huge opportunities for entrepreneurship. employment for the country’s youth.

He said a large portion of the total disbursement went to those who were unable to materialize their ideas and dreams due to financial constraints, highlighting the recent government decision to increase the upper limit of the first level of YES. from 1 million rupees to 2 million rupees.

He said at least 170,000 scholarships have been awarded to young people across the country.

Habib appreciated the efforts of the Special Assistant to the Prime Minister for Youth Affairs Mohammad Usman Dar to implement the KJP in a transparent manner, adding that the program played a crucial role in making young people financially independent and empowered.

The country is heading towards food security through the improvement of the agricultural sector, he said, adding that the government headed by Prime Minister Imran Khan is spending taxpayers’ money with special attention to boost growth. economic.

He added that the cost of the prime minister’s visit to Afghanistan was only $ 9,600 while former leaders like Nawaz Sharif and Asif Zardari spent up to $ 60,000 for the same. The Prime Minister visited America for just $ 67,000, while the former rulers visited America for up to $ 700,000.

He added that NYC is a platform for young people where they can turn their dreams into reality and that there is a need to expand the NYC network so that more talented young people can become a part of the decision-making process. in the country.

The State Prize reflects the “honorable image” of talented youth: the Minister