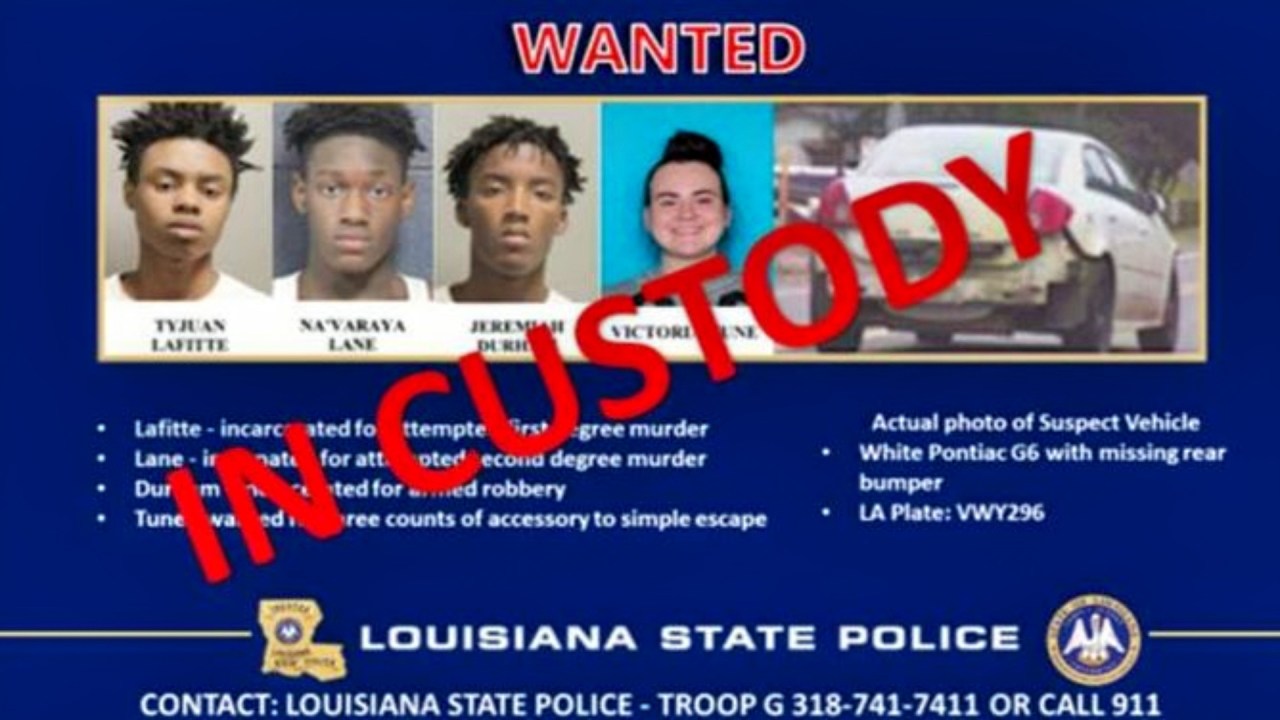 Teens, guard who escaped Louisiana youth center back in custody

HOUSTON, Texas (KTAL/KMSS) – The three young inmates who escaped from Ware Youth Center in Coushatta, Louisiana in a car driven by a 21-year-old guard early Saturday morning are in custody.

The capture came after the unoccupied getaway car – a white 2010 Pontiac G6 – driven by Victoria Tune was located in the parking lot of a Houston motel where it was kept under HPD surveillance for several hours.

Eventually, the four suspects, led by one of the suspect’s relatives, returned to the vehicle where they were surrounded and taken into custody by the HPD Crime Team.

All suspects will be extradited to Louisiana, where they will face additional charges in reference to the escape.

board of directors examines the motion of the youth center | News