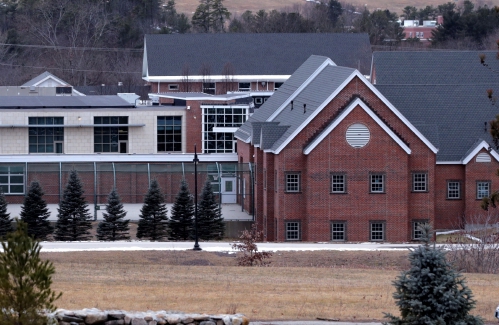 Lawmakers last year gave the state Department of Health and Human Services until March 1, 2023 to close the Sununu Youth Services Center and relocate the five to 10 minors who are usually there. detained. Last week they killed the bill that would have given the department the money, the guidance and the power to meet that deadline.

Unless lawmakers fast-track legislation in the next session extending the deadline, the department will have to send minors out of state if it can’t find other options here. “I think we have to (act quickly) because this state would be at a lot of risk if we hadn’t done anything” before March 1, said Sen. Cindy Rosenwald, a Nashua Democrat who has been working on this issue for years. .

In an emailed statement, Health and Human Services spokesman Jake Leon said the agency saw no option but to seek approval from the Legislature to build. a new facility.

“The state continues to have an obligation to provide children with an appropriate level of care in an appropriate setting,” he said. “Youths on trial in New Hampshire should be institutionalized or detained in an appropriate setting. As (Sununu Youth Services Center) is the only facility in the state that meets this standard, and out-of-state alternatives are largely unavailable and certainly not in the best interests of a child or family, we remain committed to securing a legislative resolution by March 2023.

Both houses passed Senate Bill 458, but each made changes that the other ultimately did not accept. A last-ditch effort Thursday to find a compromise fell through when House negotiators insisted that a new facility have only 12 beds and their Senate counterparts insisted that there be 12 with the possibility of add six. Rosenwald argued that the extra beds would provide space for increased admissions, but would be intended to provide space to separate children for safety reasons.

To alleviate concerns that the department would routinely fill extra beds, Rosenwald proposed allowing the department to hire enough staff to watch only 12 children, not 18.

“I think of it as a number of beds more than a number of children,” she said Thursday during the House and Senate negotiations. “If we allow them to employ up to 18 people, guess what? They go.”

Late Thursday afternoon, Senator Sharon Carson, Republican for Londonderry and chair of the committee negotiating a resolution, concluded that the disagreement over the beds was insurmountable.

“I don’t see a convergence of minds on this particular issue,” she told the committee. “I think we are at an impasse.

SB 458’s demise came after months of negotiations between lawmakers, health and human services and attorneys. After a number of amendments, the bill won the support of children’s advocates.

“It’s better. It really is better,” Karen Rosenberg, policy director of the Disability Rights Center of New Hampshire, told lawmakers at the meeting. “Perfection is the day every child receives their treatment even before to commit any offense and we never have children there. I wish we were there. We are not there yet.

In an email Friday, Rosenberg said his organization was concerned there were no plans after the center closed.

“We are disappointed that the Legislative Assembly was unable to compromise on a solution that would allow for a smooth transition from (Sununu Youth Services Center) to a state-run therapeutic facility” , she said. “Since, under current law, (the center) is required to close on March 1, 2023, we are concerned that, without a suitable alternative in the state, the needs of some of New Hampshire’s most vulnerable children will not be met. .”

There has long been bipartisan support for the closure of the 144-bed Sununu Youth Services Centre, a gated facility in Manchester for juveniles aged 13 to 17 brought to justice. The size of a new establishment was the roadblock.

In an effort to reduce the need for a large juvenile detention center, lawmakers have taken steps in recent years to divert children away from the center and into in-home treatment and support services for them and their families. . Lawmakers also tightened the types of offenses that make a child eligible for internment and created the Office of the Children’s Advocate, an independent watchdog on the state’s handling of juvenile cases.

SB 458 would have further limited the ability of courts to engage youth and expanded their ability to seek alternative solutions. The bill would have required the state to operate the facility, a priority for child welfare advocates who said privatizing it would limit the state’s ability to monitor residents’ treatment.

Sen. Gary Daniels, a Republican from Milford, sponsored SB 458 based on recommendations from a review committee he chaired this summer. These recommendations included an 18-bed, state-run, locked facility with a family-like design where minors received therapeutic and trauma-informed care.

In an interview, Daniels said he expects work on another tentative fix to begin soon.

“I think the Legislature and the department are going to have a lot of work to do this summer,” he said, “and try to find a solution that will meet the directive given by the Legislature” to close the facility before on March 1, 2023.