Milburn’s case is left for last. From the back of the courtroom, nineteen pairs of eyes turn to prosecutor Michael Hayes as he begins his plea for the harshest sentence possible.

“Your Honor,” Hayes begins, “Mr. Milburn pleaded guilty to seven counts of statutory buggery, first degree. These seven counts represent a pattern of abuse that unfolded over a period of several years, from the summer of 2007 until the spring of 2009. The accused had enjoyed himself with the families of the victims and with the church in which they all attended.

And Milburn’s pattern of abuse began even before that.

According to Hayes, the state had received information about three other victims in Milburn’s hometown of Louisville, Kentucky. These assaults date back to 2000, when Milburn was in his early teens and the three boys were in preschool. Hayes tells the judge that these prior abuses lasted at least six years.

As Hayes speaks, Milburn’s bald head droops towards his knees. His expression is empty.

“It’s a pattern that’s been going on for ten years,” says Hayes. “We know there are other victims here in St. Louis, at least one who has been named.”

There is more. Hayes cites a former staffer at the First Christian Church of Florissant, or FCCF, the 2,500-member North County megachurch where Milburn worked as an intern and occasional volunteer between 2005 and 2012. The member of the staff claimed that Milburn showed pornography to some students and exposed himself to others.

“Your Honor, again, he used his position as minister for youth to gain access to all these different victims,” Hayes continues. “In the Sentencing Advisory Report, the accused downplays his activities, his offenses against the boys in this case, and in fact denies that there are other victims.”

Hayes calls Milburn a predator, a pedophile who would do it again if given the chance.

“For this reason, Your Honor, we believe a life sentence is appropriate in this case.” 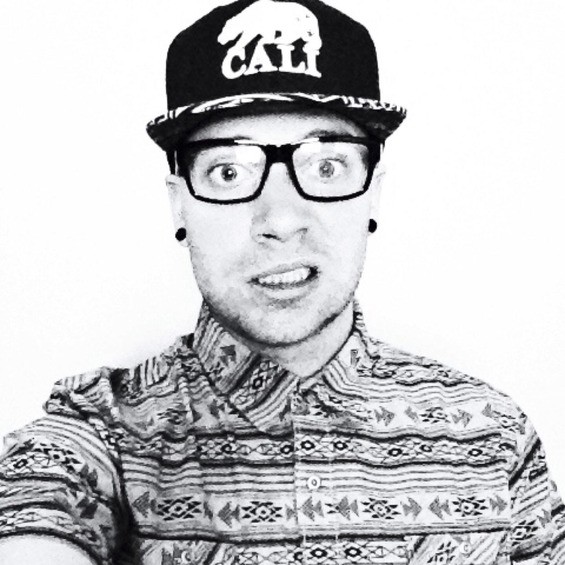 Hayes sits down. The two victims, now freshmen, walk to the dais to address the judge. (Riverside Time changed their names, and those of their families, to protect their identity.)

“I stand before you as a confused and hurt individual,” says Adam Krauss, who first met Milburn through FCCF’s children’s ministry while in college. “Brandon Milburn was a guy I thought I could look up to and trust. He played a huge role in my spiritual life. He baptized me… That’s a pathetic excuse for a man. He’s a liar and a manipulator.”

Next up is Harris Anderson: His family allowed Milburn to live in their home for several months in 2007. Anderson also met Milburn through his family’s connection to the FCCF.

“I kept what happened to me a secret for seven years, seven very long years,” he said, his voice shaking. “Your Honor, Brandon Milburn’s effects on my life go far beyond the sexual abuse of years ago. It seeps into my daily life, even now. His actions have shattered my confidence, my pride and my confidence.”

The parents of the two boys are taking turns begging for consecutive sentences on each of the seven counts, which would amount to a real life sentence.

Then several people speak on behalf of Milburn. One is a Los Angeles firefighter who met Milburn through the Real Life Church in Southern California and flew to St. Louis for sentencing. He describes how Milburn spent many nights in his own home, around his children. He insists that Milburn is a changed man.

“I don’t believe he’s a predator,” he says. “I love Brandon, my kids love Brandon. If Brandon were released today, he would be welcome to come live with me.”

“For over a year now I’ve been sitting in my cell wondering what I was going to say if this opportunity presented itself,” he says. “I continue to believe in and follow the one true God, so I know the importance of confession and accountability for my actions, as well as seeking forgiveness. For that, I’m truly grateful for this platform. given to me. finally speak my heart. With your permission, I would like to turn and address my statement to the families…”

Milburn turns 180 degrees to face the back of the courtroom.

“No, no, no, no,” Anderson’s younger sister whispers. She shakes her head violently.

A middle-aged woman, a victims’ attorney in the district attorney’s office, leaps to her feet. “They don’t want that, Judge.”

“Well,” Judge Cohen said, “he can say whatever he wants, but if they don’t want to hear it…”

Harris Anderson, a slim-built eighteen-year-old with glasses and a preppy haircut, slaps his hands on his thighs, jumps up from his seat and strides towards the courtroom door . He opens it with both arms, barely slowing down, and is followed by his parents and the Krauss family.

Within seconds, Milburn finds himself staring at two empty benches. His shoulders slump and he slowly turns to Cohen. In a voice barely above a shaky whisper, he continues his speech.

“To the families I betrayed… With all that I am, I am truly sorry. I would do anything to resume my childish behavior… I know I have sinned against God and I I have sinned against them I was given a position of trust and I abused it on them… My actions have haunted me for years… I really hate what I did I’m sorry, my God, I’m so sorry.”

Between sobs, Milburn thanks the handful of supporters who spoke on his behalf. Then he delivers his final plea to Cohen.

“I’m ready to put all of this behind me and continue to pursue my dreams in film and music. …Your Honor, I ask for your mercy in your decision today, for a chance to further prove who I am .”

As Milburn returns to her seat, Dawn Varvil’s face contorts into a mask of bitterness and grief. Varvil had once counted Milburn as a friend, a trusted partner in ministry and youth outreach. Like others who knew him and worked with him, she was once in love with Millburn: his powerful preaching, his boundless creativity, his resolute dedication to children in need. Now she can only see the lies. As Cohen announces Milburn’s sentence — 25 years, to be served concurrently on each of seven counts — tears stream down his cheeks.

But there will be no closure for Milburn’s victims, and none for Varvil. And none, for that matter, for the members and leaders of the First Christian Church of Florissant.

Now, more than a month after Milburn’s sentencing, Varvil is at the center of a controversy that threatens to tear the 58-year-old church to the seams. At stake are dueling tales of Varvil and senior pastor Steve Wingfield: Wingfield maintains that he knew nothing of Milburn’s monstrous secret life until his arrest in 2014. Varvil insists it’s not true and that she personally told the pastor that Milburn exposed himself to five boys and slept in bed with a fourteen-year-old boy.

Wingfield says Varvil is a liar — and he’s asking for a court order to force her to recant her allegations about the 2012 meeting. Filed April 16, the suit also seeks at least $25,000 in damages.

Today, one of the largest churches in northern St. Louis County is in crisis. And for atonement for Milburn’s sins, Varvil and a growing coalition of former members, dissidents and abuse survivors want accountability for Wingfield, a man they see as a calculated and selfish manipulator. Some want nothing less than Wingfield’s resignation.

Brandon Milburn, they say, was not just a lone wolf in minister’s gear. It was activated and supported by church leaders even after others made their concerns clear.

“Walking away may be the safest thing to do, but it’s morally wrong and a failure of Steve’s leadership and the rest of the alumni. It was also against the law,” a former minister wrote. the FCCF named Titus Benton in a letter to the council of elders in February. “There are so many things that have happened that remain secret, and that is not acceptable.

“There are people who suffer and…see the church as a co-conspirator instead of a healing agency.”

[View as a single page.]