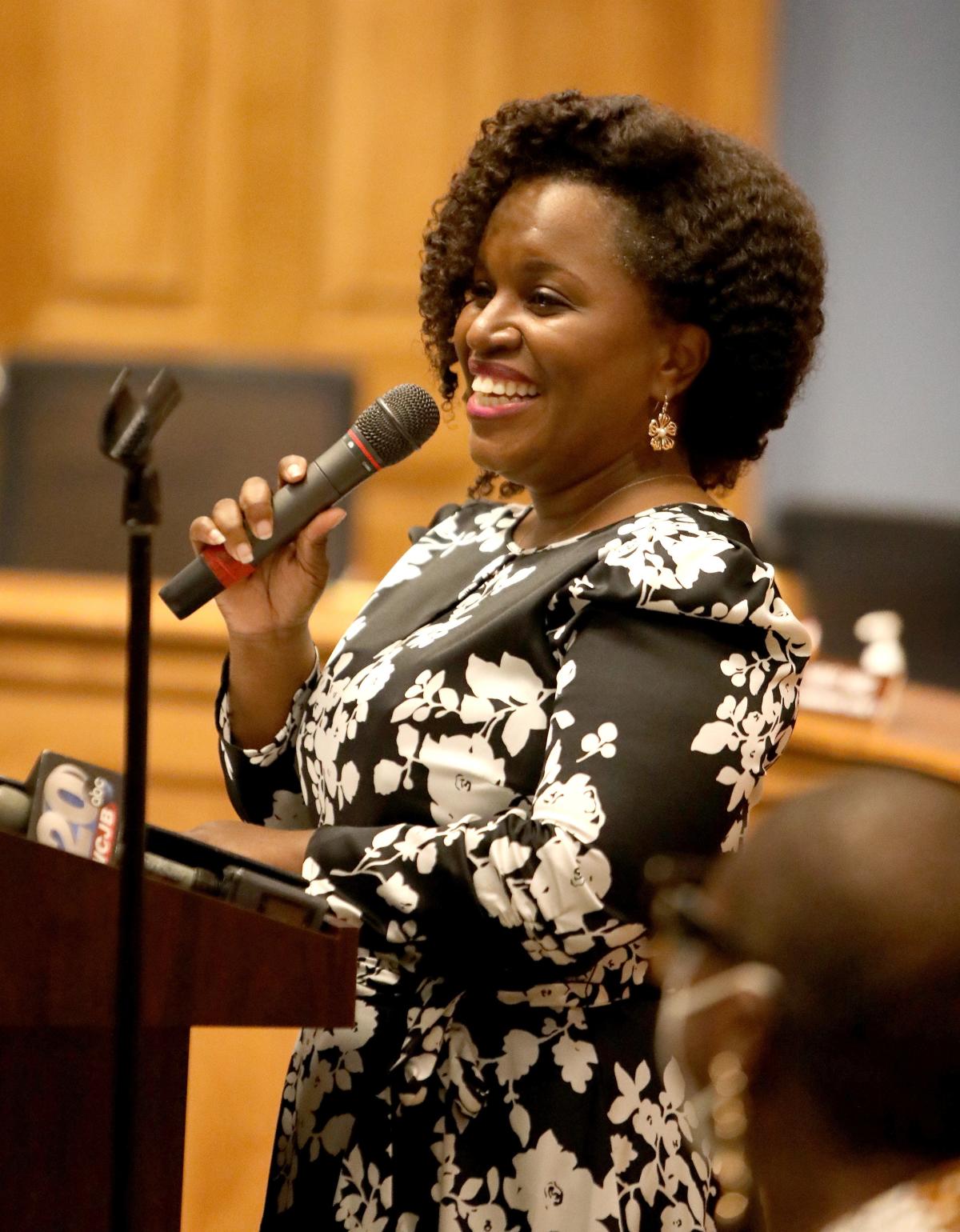 Gainesville City Commissioner Desmon Duncan-Walker is proposing that the city spend $3 million to turn the Duval Early Learning Academy into a cultural arts center for young people on the east side of town to keep them busy and to avoid trouble with the law.

Duncan-Walker, who represents the district, made the recommendation at the City Commission’s policy meeting on Thursday after Gainesville police discussed the recent spike in gun violence and violent crime involving youth.

The academy, formerly known as Duval Elementary School at 2106 NE 8th Ave, closed in 2016 but is currently leased to nonprofit organizations that benefit students.

“There have actually been some pretty strong links to crime reduction in terms of participation in arts-based programs,” she said at Thursday’s meeting.

Instead of granting Duncan-Walker’s request, the commissioners, saying they supported the project and wanted to participate, asked the staff to speak to other potential funding partners who had shown interest in the project.

They include: School Board, Alachua County, University of Florida SPARC352 Program, Greater Gainesville Chamber of Commerce, and Board of Library and Information Services.

Poe said Friday that city staff were tasked with having conversations with those interested in participating in the project and then bringing back a recommendation on what the partnership would look like and who would pay what.

Programs offered at Duval will also need to be formalized in discussions, Poe said Friday. Commissioners discussed the use of Duval School space for community events and workforce training in addition to cultural arts programs for youth.

“It’s a big school with a lot of flexible space,” Poe said Friday. “What kinds (of programs) are needed? And what would attract the most participation and provide the most support. »

There has been a 14% increase in violent crime from 2020 to 2021, a police presentation to commissioners said on Thursday. Police figures also show that in 2021, 561 people aged 17 or younger were arrested in Alachua County. The charges included aggravated assault and battery, other crimes, attempted murder, auto theft, burglary, robbery and weapons charges.

Duncan-Walker said she spoke to youth and their families about activities needed to keep youth engaged and safe from gun violence.

Alachua County Public Schools Superintendent Carlee Simon said buildings on the Duval campus are in fairly good condition., but a new security and locking system would need to be installed for the youth cultural arts center to open.

“Because of the way it’s keyed entry, some doors stay open when they shouldn’t be,” Simon said.

She said the district had discussed a cooperative project where different organizations would provide programs for students on campus, but how the property is used is yet to be determined by the school board.

“Is the neighborhood parting with this property? I think we have a lot to discuss,” she said.

Simon said the cultural arts center could offer after-school programs that would provide “a great way for us to build those bridges and those relationships that we know are so important for us to have successful students.”

“Security (is an issue), making sure we have the right amount of lighting,” Simon said. “I would say to roll the ball, he’s in great shape.”

Commissioner Harvey Ward said he supports the city’s investment in the new Duval Center, but is not paying for renovation costs for school district-owned buildings.

He said Duval’s buildings won’t require major renovations, unlike the city’s former No. 1 fire station at 427 S. Main St., where the University of Florida The SPARC352 program proposed to operate a cultural arts center adjacent to St. Francis House.

Ward said the city may consider spending federal pandemic dollars on the Duval Center instead of the originally proposed fire station project.

One possible source of funding for the Duval Project is tax revenues from wild spaces and public places, which can be spent on cultural arts centers, Duncan-Walker said.

According to UF’s proposal to the city, the fire station project is proposed as an “empowerment hub that promotes wellness, the arts, cultural engagement, entrepreneurial ingenuity.”

UF officials say they believe the two cultural centers can come to fruition and both could benefit neighborhoods, Andrew Telles, UF’s director of collaborative initiatives, said Friday. He said that UF wants to participate in both projects.

Telles said the fire station project would focus more on adults and the communities around the station, while the Duval Center would focus on the youth of East Gainesville.

“The idea with Duval is that it would be sort of a co-op, so just about any existing organization that provides enrichment programs or services for families would be invited to be part of this co-op,” said he declared.