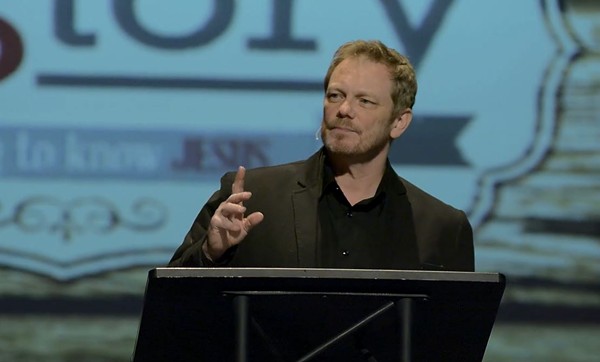 A victim of convicted child sex predator Brandon Milburn is suing the First Christian Church of Florissant, alleging that church leaders have been repeatedly warned against the former youth minister’s model of preparing boys and teens long before Milburn’s arrest in 2014.

Two of Milburn’s victims, abused in 2007 at the ages of eleven and twelve, reported him to the police as adults. After a guilty plea, Milburn was sentenced in 2015 to 25 years in prison for seven counts of statutory first degree sodomy.

But the retrial is unrelated to the victims who pursued criminal charges against Milburn. Instead, the lawsuit is linked to a third victim who had come to trust the Minister of Youth through her connections to First Christian.

The lawsuit identifies the victim as “John Doe 2”. Based on details exposed in the lawsuit, the victim appears to be the same man interviewed under a pseudonym for a 2015 Riverside hours investigation, which recounted how Milburn used his position in First Christian to gain the trust of his victims and the adults who were supposed to protect them.

The abuse described in the lawsuit took place in 2011, already several years after Milburn abused his first victims in the church. By then, Milburn’s overt obsession with young boys and adolescents had been noticed, but the musically-talented and multi-talented youth minister had the support of Senior Pastor Steven Wingfield and other members of the the leadership of the church.

As described in the RFTThe interview with and the recent trial, Milburn turned his attention to Doe, buying him expensive gifts and electronics, while insisting on sleeping in the same bed during church-sanctioned sleepovers.

In the summer of 2011, on a mission trip to tornado-ravaged Joplin, Milburn slept with the teenager in the same sleeping bag – while also taking the opportunity to abuse him, according to the lawsuit.

At the time, Doe was fourteen. 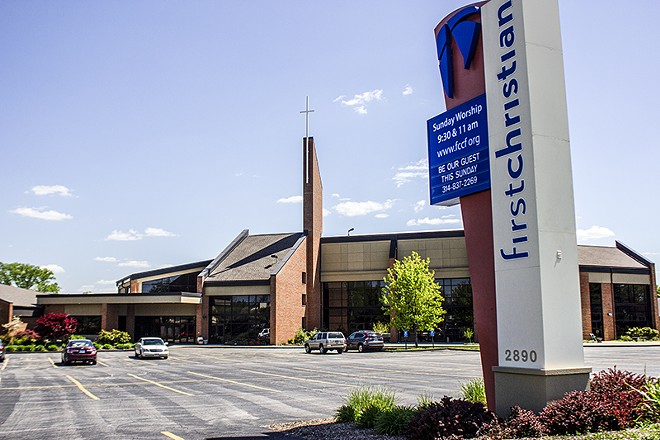 Joplin’s missionary journey would become a turning point in Milburn’s relationship with First Christian – but that still wasn’t enough to spur action. After Milburn’s arrest in 2014, Scott Seppelt, a church elder who led Joplin’s trip, described his sightings in an email obtained by the RFT, writing to another church member how “Brandon brought a young boy and slept away from everyone.”

“I spoke to Brandon about it the night this happened,” the email continues. “He said the boy was shy and would move to where others could see him.”

Seppelt also recounted how after the trip he reported what he saw to Wingfield. “I would have liked to do more,” he wrote at the time.

The retrial similarly describes Seppelt’s attempt at the time to alert Wingfield of what he saw in Joplin in 2011; the costume notes, “Neither the accused Wingfield, nor the FCCF staff chose to report Milburn to child welfare, fire him or monitor him more closely after this incident.”

Seppelt wasn’t the only one to point out Milburn at Wingfield. Dawn Varvil, a Christian youth premier who had allowed her home to be used for church-sanctioned sleepovers, found herself increasingly disturbed by Milburn’s obsession with some boys. During sleepovers – like at Joplin – Milburn repeatedly singled out Doe and slept in the same bed with him.

According to the lawsuit, Milburn “groped the plaintiff’s genitals at Varvil’s home on several occasions”.

Varvil eventually told Wingfield of his concerns about Milburn. It wasn’t just Milburn sleeping in the same bed as a fourteen-year-old: another teenager told him that Milburn had exposed himself to a group of five boys and encouraged them to do the same.

Varvil described his experience with Milburn in in-depth interviews with the RFT. At her breaking point, she told Milburn that he could no longer sleep in the same bed as Doe, but even then she couldn’t bring herself to believe that her fellow Youth Minister was an abuser.

But Varvil began to share his concerns, first with other church members, then with a therapist, who was so alarmed by the descriptions that, as a commissioned reporter, the counselor felt compelled to report Milburn to a state abuse hotline. Varvil soon did the same.

In February 2012, Varvil raised his concerns directly to Wingfield. She described the meeting at RFT, remembering, “Steve told me, basically, he thought I needed mental help… He said I was obviously too involved, too upset and that I should just get on with it. worry about my own family, not what Brandon was doing. ”

The trial describes the same pivotal meeting, noting that “the accused Wingfield did not disclose to Varvil that he had any other reports of Milburn’s sexual misconduct with minors.”

Varvil will say later to RFT that Wingfield’s refusal to believe her account of Milburn’s behavior shook her beliefs and made her wonder if she was just “overreacting”.

But by this point, several church members had witnessed or heard direct reports of Milburn’s actions, and some had started to compare their stories and notes. Yet Milburn continued to work on early Christian youth events.

However, Milburn’s stay in St. Louis was apparently over. He moved to California in late 2012, withdrawing from the scene of community suspicion. With Milburn out of their lives, Varvil and other church members did not attempt to alert his new church, Real Life Church in Valencia, which later said in a statement that Milburn was “highly recommended” by a pastor from Saint-Louis.

Milburn was still working as a minister for youth in California when St. Louis County prosecutors filed charges against him in 2014.

Milburn should have been arrested long before that, the lawsuit alleges, claiming Wingfield was a commissioned reporter and knew enough about the Youth Minister’s inappropriate behavior to act on this information:

As for Wingfield, he and other religious leaders mounted an aggressive defense following Milburn’s arrest. In April 2014, First Christian sued Varvil and other whistleblowers, charging them with libel and demanding $ 25,000 in damages and for Varvil to retract public criticism.

The lawsuit was eventually dropped, and in August 2015 Wingfield was put on a six-month paid sabbatical. A church leader announced the sabbatical in a Sunday sermon, explaining that the senior pastor needed time off “to deal with the stress, grief, fatigue and emotional trauma he suffered, but also to resolve issues that have become deficits for its management and leadership. style. ”

Attorney Nicole Gorovsky defended Varvil in the 2014 libel lawsuit. She is now representing Doe in her lawsuit against Wingfield and First Christian.

“One of the things people should know, with child victims of sex, is how hard it is to come forward,” she says. “Once someone deals with this trauma, they become strong enough to realize that someone has to be held responsible, and they realize that they have to do something.”

“The church,” she adds, “must be held accountable for what she has done here.

Wingfield remains the senior pastor of First Christian. The RFT contacted the church for comment on the lawsuit but has not received a response.