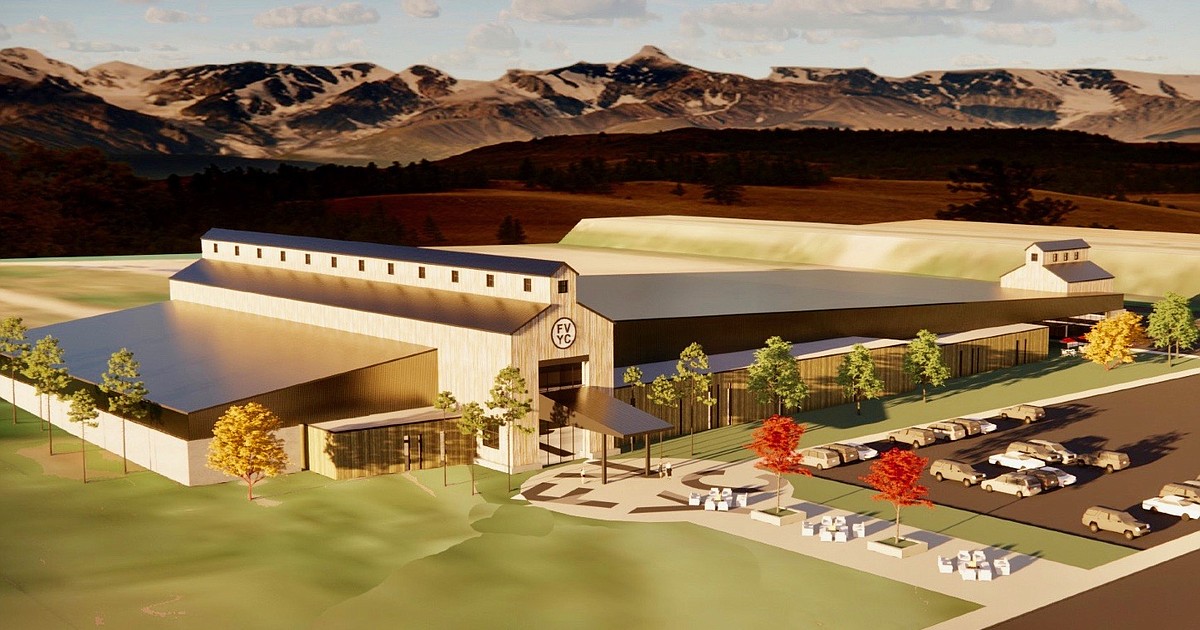 Praising the project for what it could add to the community, Kalispell City Council on Monday gave approval to a mixed-use development including a youth center at the northern end of town.

The project, called Farm District and made up of both commercial and residential components, is planned for Church Drive near US 93. A 140,000 square foot youth center designed for athletics, the arts and other programs serves as the centerpiece of the project.

The project’s future home, which is south of Majestic Valley Arena, is undeveloped.

Council approved the property’s annexation and initial general business zoning B-2 with a planned commercial unit development overlay for the 37.6-acre property.

Mayor Mark Johnson said the youth center will serve the town well as Kalispell is the regional hub of activity in the Flathead Valley.

Kelcey and Tawnya Bingham, with the nonprofit Flathead Valley Youth Center, spearheaded efforts to create the mixed-use development. Tawnya Bingham told the Council that the aim is to create a comprehensive campus for youth activities, where young people can participate without paying a fee.

“It’s a place for everyone,” she says.

She said the components of the project are meant to serve families and youth through business ventures and also by creating affordable housing for the workforce.

“It’s our legacy,” she said. “We want to create an impression that someone will want to replicate elsewhere.”

Several councilors praised the Farm District, noting its mix of commercial and residential development, but specifically highlighting the addition to the community that would come from the youth center and outdoor activity space.

Councilor Jed Fisher said the youth center and sports fields will be well used by families.

“It’s so necessary in this valley,” he said. “It’s very necessary for this community.”

Councilor Kari Gabriel compared the project to positive additions to Kalispell like the Kidssports complex, the Parkline Trail and a mixed-use project centered on former grain elevators on West Fifth Avenue.

COMMERCIAL USES include a small neighborhood grocery store, restaurant/brasserie, boutique hotel, small gas station and a few offices. Office space should be on the first floor with residential use on the second floor.

The western edge of the project includes townhouse and country home designs suitable for workforce housing with smaller floor plans and yard areas, the application notes.

Scheduled to be developed in six phases, the project is expected to start this year with works running until 2028. The youth sports and arts center is expected to be built first, followed by the project’s commercial areas and then housing.

The project will return to Council for preliminary plan approval, which will provide more detailed plans for the layout of the development.

It approved a resolution setting a public hearing for July 5 to seek comments on proposed garbage collection rate increases. The city is considering rate increases due to inflationary pressures and as part of a goal to serve more areas of the city.

The city plans to increase garbage collection rates over several years for residential and commercial users. Users would see a 15% increase in the first fiscal year, followed by 5% increases over the next three fiscal years.

The Board approved a resolution setting a public hearing for June 20 to comment on a proposed amendment to the Future Growth Policy Land Use Map for 6.8 acres at 3201 US 93 North, from suburban residential to urban mixed use. The request comes from Spartan Holdings to modify PUD Eagle Valley Ranch to include the property, which houses the former Home Outfitters building.

THE BOARD APPROVED three separate items.

The council approved the annexation of the Morning Star community, a mobile home community on South Woodland Drive, so that the community which includes 41 residential units can connect to city sewers. He also approved the county’s community rezoning to city zoning.

The Board has approved a planned business unit development overlay application for a truck and RV center on 9.72 acres at 3178 US 93.

JCA Management LLC is asking PUD to develop Noeller Truck and RV on the vacant property. The property also faces Basecamp Drive with access to the ring road.

Council approved an ordinance amending the city’s zoning ordinance to allow R-4 zoning in areas designated for suburban residences on the city’s land use map. R-4 zoning is now allowed in areas with a PUD, but the change streamlines the process for using this zoning in certain areas of the city.